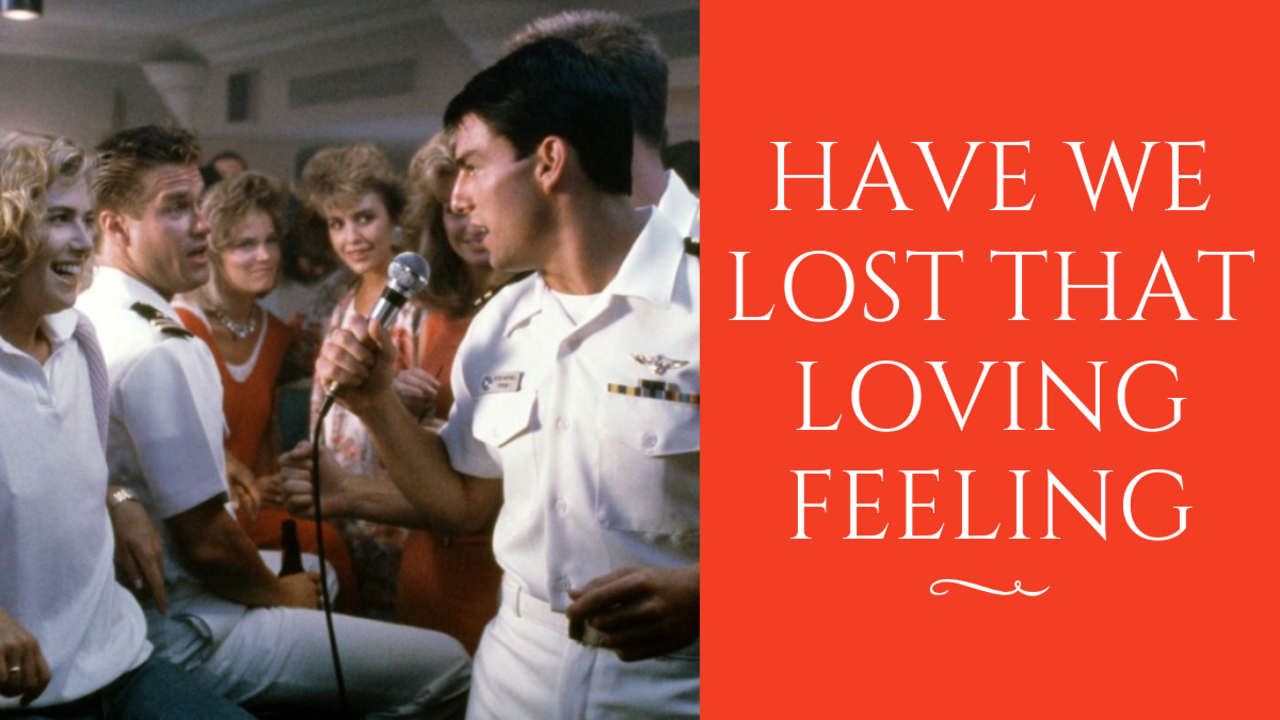 Have we lost that loving feeling in business?

A day in the life of being in business…

I could go on and on but I am sure you get the picture.

Has business become more about all of the above and have we lost that loving feeling?

Brian Tracy, a well-known business coach says, “That all business is a people business.” But has that philosophy been lost in the shuffle? Yes, all of above are important factors and I am not suggesting to disregard. But I think we may need to consider and take some time to reevaluate our priorities.

Allow me to explain.

I spent a good majority of my sales career chasing the magic tip, trick, tool, and technique that would boost my numbers, increase my sales, and set baseline production goals that every year the main objective was to outdo the last years proforma.

I searched long and hard, worked long hours, had successes, had failures, hired coaches, followed a plan, tracked my numbers as if my life depended on it, read books, went to work shops, endured sales training, oh did I mention I tracked my numbers including assigning everyone I talked to a number in my daily productivity plan.

I was a machine. But I was miserable machine. I began to resent my business, I was tired, I was unfulfilled, my wins became just another target in the big picture, stressed out, overwhelmed, and asking is this what is going to bring me to the happy place that I would reach once I hit the top end of my goals. I depleted myself to the point that I just didn’t care about any of it anymore. My last ditch effort was one more training program to ultimately improve my prospecting skills.

But I didn’t have the drive in me that I had once had.

I had beaten myself up to the point of defeat. I pulled up my big girl pants and went to see if this was the magic ticket that I had been searching for. Two days, long hours, many phone calls later, and a wake up a call that I never expected to get. It was made very clear to me that I was the problem, I was complicating my job, and my job was to help people and I just happen to help them with real estate.

Maybe the problem lied in the fact that I feel into the trap that most of fall into? You know the rat race trap, the you won’t be happy unless your work yourself to death trap, the life is a grind trap, or the play big or go home trap.

In all my attempts to be the best of the best to build a well-oiled real estate hustling machine I lost sight of who was on the receiving end of my attempts.

Yes, I said the people you know living, breathing, flesh and blood people. Who are innodated all day everyday with all the tactics we subject ourselves to in order to get their attention and to earn their business.

I made a decision when I returned home from my prospect training and that was to let everything go except for the desire to merely find people to help. That was it. Everything else became secondary or fell off the radar. I was simply going to apply all that I had been equipped with to find people to help.

Something happened that took me completely by surprise.

My business began to naturally and easily flourish. I became a people-needing-my-help magnet. My business tripled. I was having the best year I had ever had. My time spent prospecting decreased, I stopped running all my ads, and I had more business than I could handle.

A common theme was occuring I kept hearing over and over we know you can help us so here we are. As a I finished up the year I took a brief moment to reflect and was thrilled that business had been good. But have you heard the old saying that, Old habits are hard to break. Well, my old productivity hungry self-kicked in and I had to out do what I had just accomplished. The best year of my career became the new baseline that I had to outdo. I fell back into the old routine, the old patterns, and completely lost sight of what was really the driving force in why last year had been such a magical year.

Fast forward, year ending in the worst year of my career. I felt the same old tired and defeated and frustrated feeling. As I was about to throw my hands in the air and stomp off, it hit me.

I had lost that loving feeling?

You know that loving feeling that you experience when you are genuinely in the energy of helping, serving, and connecting with those who have selected you to help them!

From that point on my mission shifted and I wanted to improve my abilities to connect, my abilities to understand those who are in need of my help and to not only do this for my own personal reason, but to ultimately to share with you and to share with as many people as I possibly could. It became a purpose and mission much bigger than myself. It’s literally the missing piece to the business puzzle or maybe just the piece buried underneath all the pieces of puzzle.

We are all here to help others.

This is the nature of who we are, but we have all just fallen into the same trap. Something fascinating happens when you begin to be genuine in your efforts and truly value the concept of helping those who need your help is that the Universe steps in and supports your efforts. Hence, why my year of helping became the best year of my career.

My pay it forward, well that is to share with whoever’s path I cross with the benefits of helping and serving. We need lead with urgency to understand the needs, wants, and desires of our prospects, clients, and leads not in the ways we can trick them, or close them. But genuinely help them and serve them.

My hope is that this inspires you or will find you in that moment that I had been in when I was ready to call it quits.

Trying to figure out how to standout, where to spend your time and what to do is OVERWHELMING.

A viable option is to build a personal brand.

But what if there's a more creative way that would…

Build a Community Brand and put a stop to the “what to do” overwhelm.